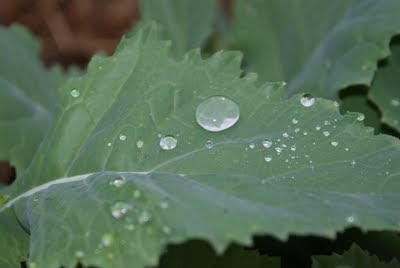 "Don't think about cabbages."
I had to tell myself that several times after I went to bed the other night.
I know, you have that same problem. You just can't sleep at night for thinking about cabbages...
I had just spent a couple of hours researching cabbages and only after several subtle hints from my husband did I tear myself away from the cabbage research and go to bed. The research was for a newspaper column that I was to write the next morning, and, as often happens when I begin a creative project in the evening, my brain kept wanting to work on the column instead of sleeping.
So I had to tell myself several times, "Don't think about cabbages."
What's to think about? You might ask. A cabbage is a cabbage.
Oh... but if it weren't for the cabbages, my fall and winter garden would be bare... except for the lettuce and spinach.
When I say cabbage, this is probably what you think about...
Perhaps your vision is of a rounder head, but it is essentially the same... a cabbage is a cabbage... right?
Well... this also is a cabbage. 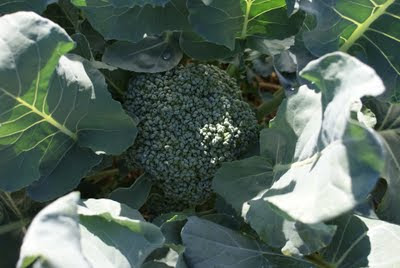 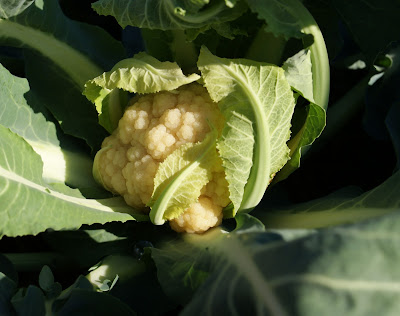 Cauliflower... you say, with the patience of someone talking to an idiot.
How about this? 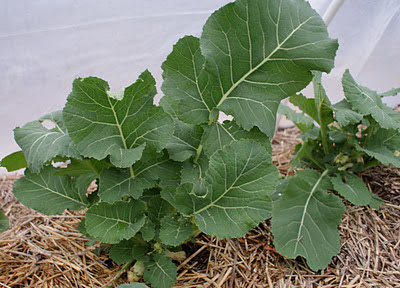 No that's.... wait... what is that? you are wondering.
It is collards greens. Georgia Southern Collards, to be precise. I prefer these to the Vates variety.
After all of these we've also got... 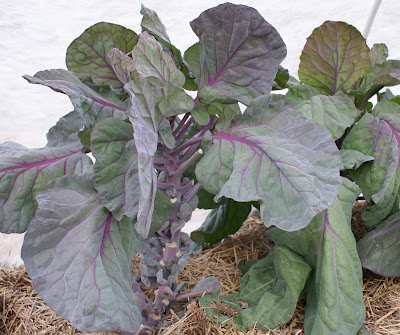 Brussels sprouts. Yes, they are suppose to be red. Here is an array of green ones. Look at all of those tasty greens. So yummy after a couple of frosts. 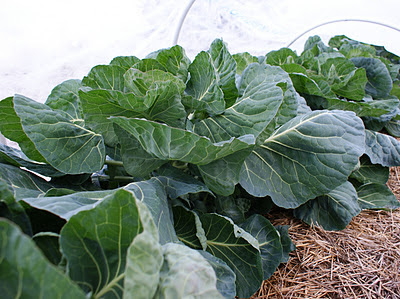 And I actually got a few sprouts off of mine this year. Finally. They were mighty good.

All of these are cabbages. All the same species... Brassica oleracea... All cultivars and selections of the wild cabbage that grows from chalk cliffs, and stalks the coastal areas of western and southern Europe, the Mediterranean and temperate Asia. Thousands of years of selection have produced a widely varied species. The collards pictured above, and kale are closest to the wild cabbage.
But which kale is closest to the original?
This Dwarf Curly Blue Scotch? 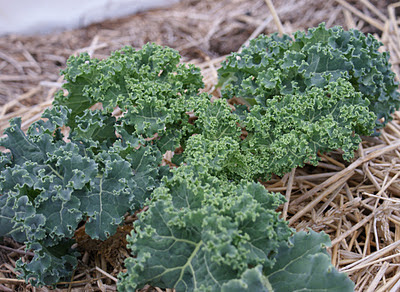 How about this robust Red Russian? 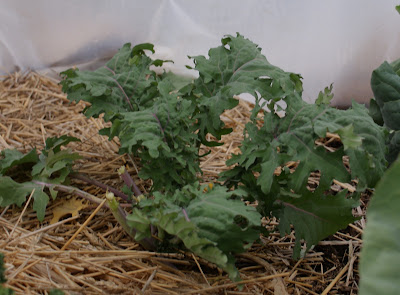 Yes, there is a White Russian Kale. Looks the same, just with white ribs and veins.
How about this pebbly lacinato kale, also known as Walking Stick Kale, Dinosaur Kale and Tuscan or Black Tuscan kale. 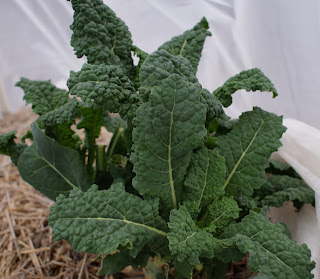 And there are even more types of kale. These are just the three I grow. So we've got variations on the variations within this species. We don't need genetic engineering to create such variety. Just hundreds of generations of selection and some hybridization within the selections. So we have orange, purple and green cauliflowers and various head types of cabbage -- round, conical, flattened, savoy, as well as red and even white ones.
And one final B. oleracea is kohlrabi (I have none growing this year, so no pics), which has few leaves but sports a swollen stem that is eaten. All of them a single species.
Are you giddy yet? Just one step away from these same-species garden plants are a whole range of other closely related members of the cabbage/mustard family, which includes, of course all of the mustards -- leaf and seed mustards. The arugula that laughed at the cold (why don't I have pictures of arugula?) is a member of this family, the Cruciferae (aka Brassicaceae), or cruciferous vegetables, so named because of their cross-shaped flowers of four petals. Arugula and some of the others sport white instead of yellow flowers. Those include horseradish and these little guys.... 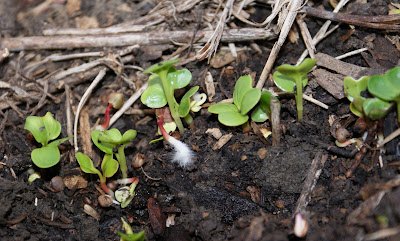 ...little radish seedlings now sprouting amongst some of the lettuces under my low tunnels. You can see the family resemblance in the seedling leaves. All cabbage/mustards look like this when their seeds first sprout, in my experience.
Daikon, a long, white radish also belongs in this family, as do the turnip and rutabaga, and numerous Oriental greens -- bok choy, Chinese or napa cabbage, mizuna, komatzuna, tatsoi...
What else? I know there must be more... oh yes, canola and rapeseed and the head clearing wasabi...
These are only the cultivated species -- the most important of the cultivated species,  anyway. Many more wild species exist. My heart races at the thought of tracing this plant genealogy. But then, my heart also races when I start learning the scientific names of all the plants in my garden... Yes, I am a garden geek.

Am I finished yet? What more can one say about cabbages and their family? Oh, so much more can be said. I won't say it now, though. I have to go have a lie down and let my heart rate return to normal. I am glad that it is morning, or I would have a hard time going to sleep and not think about cabbages.
Posted by Sandra M. Siebert at 7:55 AM