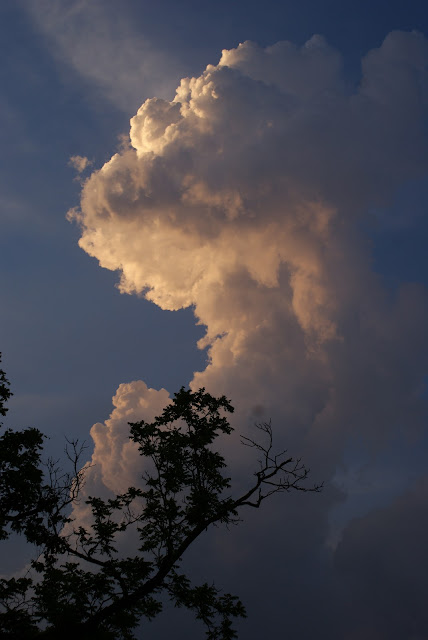 I woke early this morning to the sound of thunder.
A little later, about the time the alarm went off, I heard rain.
Not much rain fell, but it was a pleasant sound to hear. 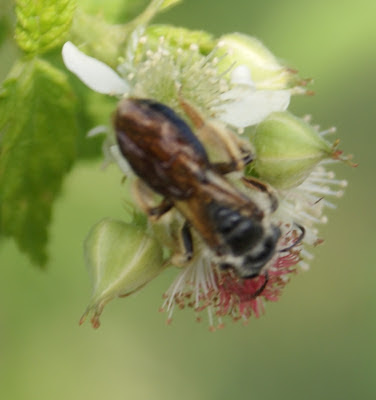 The cloud photo was taken last night, presumably part of a heavy storm to the north of us that I saw on the radar a bit later. The cloud was much more interesting a few minutes before the shot was taken, but I did not have my camera. As with most things in nature and with young children, the best shots can't wait even a few seconds. Oh well.

Kaine made some suggestions on the identities of the little bee/wasp/fly guys I caught shots of on my black raspberry flowers.

﻿
﻿ I did a search for photos and the first one (above right) definitely looks like one of the Mining Bee (aka Miner Bee, aka Digger Bee) clan.

The other two didn't mesh quite so well. Possibly the one is one of the tachinid fly species, it's hard to tell. But I am going to keep searching. The other one didn't look like any of the hover fly photos I found, so I will keep searching. I once had a link to a local university's entomology department, they should be able to help with the id. Will have to find that link.

In the meantime, here is another pretty cloud shot. This one is to the west, in front of the setting sun.
Now I must go out and plant tomatoes. 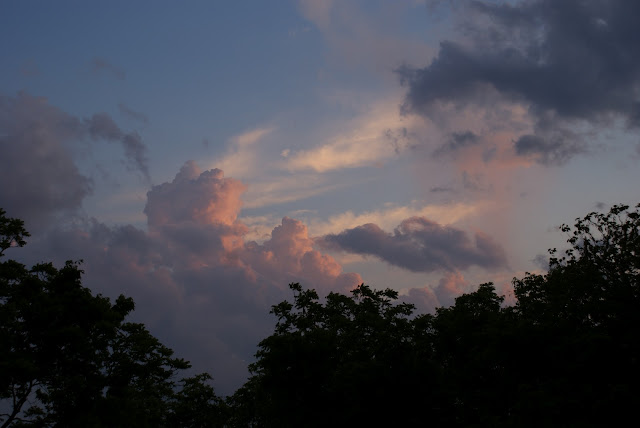