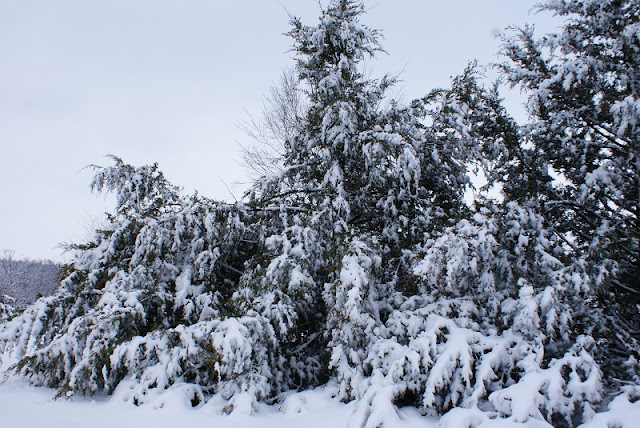 The snow fell wet the second time around and clung to everything. The north wind stuck it to the trunks of trees and it pile high on branches causing the red cedars to bow, like dancers taking a final curtsy.

Another 6 inches or more on top of the previous 12, which had shrunk considerably under sunny skies and above-freezing temps. This second snow is not melting as quickly, however.

I looked out the window just now, and it is snowing again. Only flurries today, though, according to the National Weather Service.

We've had temperatures slightly above freezing, but no sun since the most recent snow. 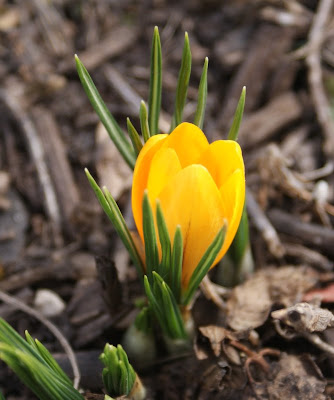 But I am ready for the ground to be clear, for the green things to grow, for spring songs to be sung. Crocus had already bloomed up by the house before the snows fell.

It is more difficult to convince myself to go outside when I must break through a foot of crunchy snow, when I must -- simply must-- put on my tall boots if I plan to take more than a few steps outside. Such a short "winter" of snow and I'm ready for it to be over. I might be more eager to play in the snow if it were January, instead of the beginning of March. It's time to plant peas!

However, there will be plenty of mud and muck to slog through when it's gone. I will just have to keep telling myself that snow is even better for the plants than rain. Much less "heavy water" (deuterium oxide) in snow than in rain and other waters. Deuterium oxide is hydrogen and oxygen, just like regular water, put the hydrogen atoms each have a neutron at there cores. Heavy. Hydrogen with the neutron is called Deuterium (D).

Apparently this D2O bogs down biochemical processes, so the less of it in water, the better. Research has shown that plants actually grow faster when watered with melted snow. So I am scooping up buckets of snow to water my baby plants.

In spite of snow's lighter water content, I am looking forward to spring rains. At least the drought seems to have eased. 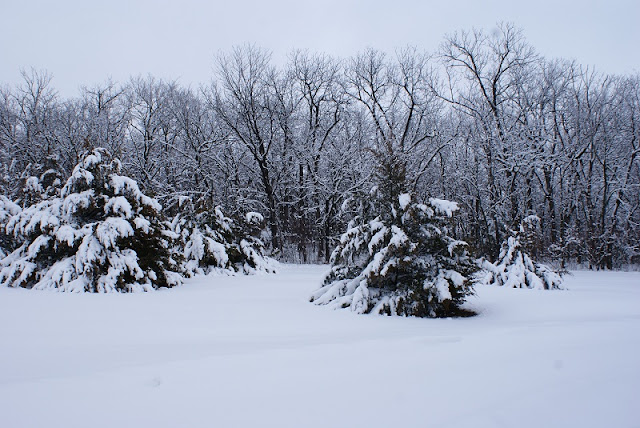