Your tiny seedlings look green and healthy, and then suddenly fall over.

Maybe you just waited too long to water them. But wait... the soil is damp. Or you water them and they don't revive. Were they dry too long or ...

Is it DAMPING OFF Disease? 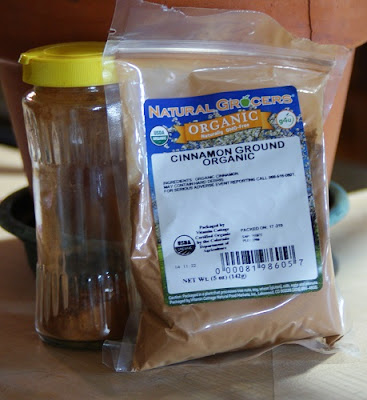 Damping Off disease is caused by several species of fungi and gets into your indoor garden by way of contaminated soil, seeding pots and trays, tools, and even your hands. Damping off essentially only affects seedlings, and possibly cuttings. Sometimes it prevents seeds from germinating, or they die as soon as they germinate. Your mature plants won't be bothered by damping off.

But when you're starting transplants from seed, or growing microgreens (see last post) damping off is a real possibility.

I haven't ever had a problem with damping off when starting transplants, as far as I can recall. Maybe a few seedlings failed due to it, but it never created an issue that caught my attention. So when symptoms started showing up in the microgreens I resisted. I thought that the reason the peas started to germinate so poorly was due to some other cultural thing. I tried soaking the seeds before planting, and covering them with much less soil. But to no avail.

Then when a tray of garnet amaranth came up sparsely and most of the seedlings fell over even though the soil was damp, my hand and brain were forced (by my husband's insistence). I didn't even need to hit the "search" button on the computer to recognize the issue. As soon as I was willing to admit something was wrong I knew what it was. However, I did go searching the Internet before declaring the issue... damping off disease.

Conditions that favor damping off include constantly moist soil and crowding of seedlings. When raising transplants, I try not to crowd the seedlings, but with microgreens that's the whole point. You want to pack your container with tiny green stuff. And you can't let the soil dry at all, because you've go only about and inch of soil to start with.

Exacerbating the issue were the facts that I started reusing the potting soil, and I did not clean my trays after each use. Big Point Here. Dirty containers, dirty tools and dirty hands can and will spread damping off (as well as any other disease that might be present). Sigh. I knew better. But it had never been a problem before. However, point taken. I will from now on wash the dirt from my containers after every use and then soak them in or spray them with a 10 percent bleach solution (one part bleach to nine or 10 parts water). Leave that sit for 30 minutes and rinse thoroughly. It is also important to clean tools (like scissors) with each use.

Your best bet in preventing damping off is to use fresh potting soil each time. However, with the amount of microgreens I'm growing that's a lot of potting soil. I can reuse the soil, after picking out as much of the plant material as possible (I know, it does sound like a pain in the derriere, and it is, but that's a lot of potting soil) and sterilizing it. To sterilize the soil put it in an oven-proof pan four inches deep (it should be dampish, I think) and place in a 200-degree oven for at least 30 minutes. I'm told it creates an unpleasant smell. But, hey, it's only for 30 minutes. Open a window.

Another preventative measure is to use some herbs with anti-fungal properties. For decades I've heard that spraying seedlings with a strong chamomile tea (cooled, of course) on a regular basis prevents damping off. I've never tried it because damping off has not been an issue. More recently I discovered that cinnamon has antifungal properties and will prevent damping off if sprinkled on top of the soil after planting. One source said that only Ceylon cinnamon will work.

You see, not all cinnamon is the same. There are actually several species of cinnamon that have slightly different flavor characteristics. Ceylon Cinnamon is considered the "true" cinnamon, and supposedly has more anti-fungal punch than the other types. It's also the most expensive of the cinnamons. Ceylon Cinnamon also contains far less coumarin than other cinnamon species, which is only a concern if you are using it in therapeutic quantities or are sensitive to coumarin (which thins blood, and can damage the liver in large quantities). Most of us aren't going to experience issues by using the other cinnamons, which tend to have a more cinnamony flavor than Ceylon.

So I've ordered some organic (don't want to introduce nasty stuff into my microgreens) Ceylon cinnamon as cheap as I can find it. In the meantime, though, I've used some other cinnamon, Vietnamese and an unspecified type, and have not yet seen signs of damping off. But I've only just begun, so we'll see. I even sprinkled on some cinnamon when I started my leeks and onions, even though I've never had trouble with transplants. It's an easy enough step to include, so better safe than sorry.

Other preventative measures: If chamomile and cinnamon aren't available, spray with a garlic tea, or use sulfur powder (not recommended for microgreens), or powdered charcoal. Use a peat based, soilless growing medium, and cover seeds with vermiculite or dry sand which will keep the seedlings drier and discourage fungal growth. Provide some air circulation with a fan on low might help.

One more way damping off possibly might be spread is by insects, namely fungus gnats, which (as their name indicates) like to chomp on fungi and decaying plant matter. I'll get to them in a future post. Until then, enjoy the smell of cinnamon

Hello,
I've been a follower for a few years. Born & raised in Kansas, but have lived in Calif. since the 60's.
Just wondering, since there have been no blogs since March, if you are OK? Want to send my best wishes to you.
Diane

How sweet of you to check on me. I'm doing fine, just busy trying to catch up with everything. I didn't realize it had been so long.
I've had a lot of good blog posts going through my head, but just can't seem to get them onto the blog. Will post soon, I promise.

Hi Sandra... glad all is well. Kansas seems to have had a rough spring season! I look forward to your future posts
Diane