The first frost of the season arrived about three weeks ago, dusting the grass with rainbow sparkles and silver. These photos were taken the day before the frost to preserve the late autumn beauty that first manifested in summer.

Even though the grass sparkled with frost, the temperature had not fallen below the freezing point. Here the National Weather Service explains how we have frost without freezing temperatures. So the following day nothing appeared to have changed. But a real freeze arrived a little more than a week later and I was glad to have preserved these last bits of summer. 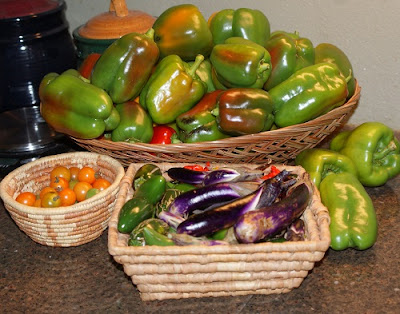 This is the final (I thought) harvest of summer vegetables -- Peppers (peppers and more peppers in a large basket) eggplant, Sun Gold cherry tomatoes, jalapenos, Carolina reapers, and a couple of okra pods.

I thought surely the frost would take out the eggplants, even if it didn't freeze. However only the tops were a bit burned and I cut a few more small eggplants a few days later.

I also picked a few more Sun Golds later. Some of the peppers are still in my refrigerator's vegetable drawer.

I also filled a couple of vases full of flowers -- zinnias, marigolds and a few snapdragons. But I couldn't save them all. So here are a few. (The snapdragons are still going, even after yet another freezing night.) 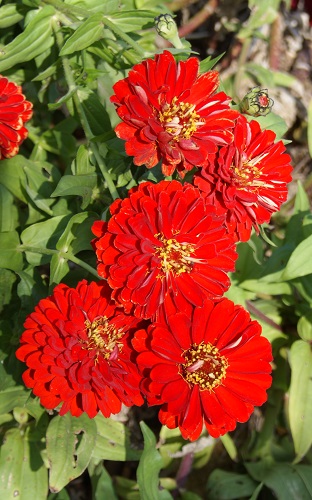 I love these beautiful scarlet zinnias. 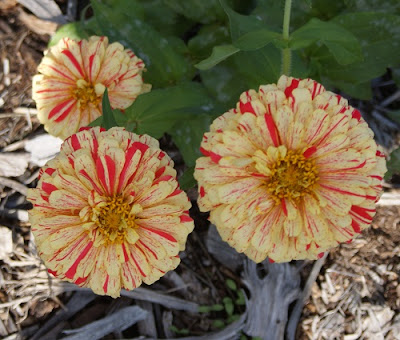 And these Candy Cane zinnias. 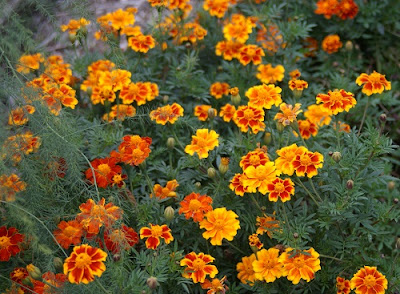 The marigolds lasted through the end of October. 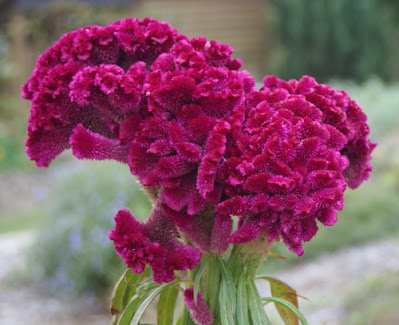 These outrageous amaranths were a great surprise to me. The seed was in a small bag simply marked "amaranth," so I did not know what to expect. The plants grew to at least five feet tall and sported these fabulous flowers. 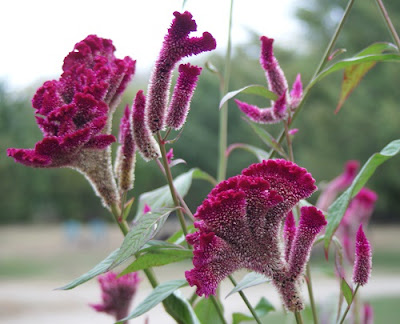 No one expects to see iris in the fall. I certainly didn't the first fall after I planted these beauties. It came as somewhat of a shock. But twice-blooming iris are a real thing. They bloom a couple of weeks earlier in the spring than other bearded iris and then again in the fall. 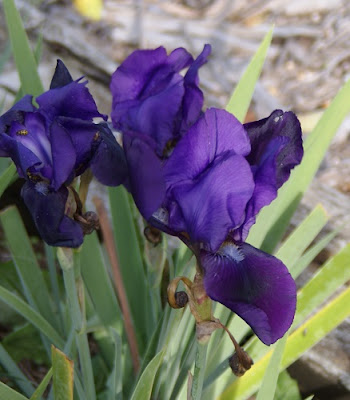 Unopened buds even survived the first real freezing weather, to bloom a few days later.
And so ends the final review of summer, a little late, but here all the same.