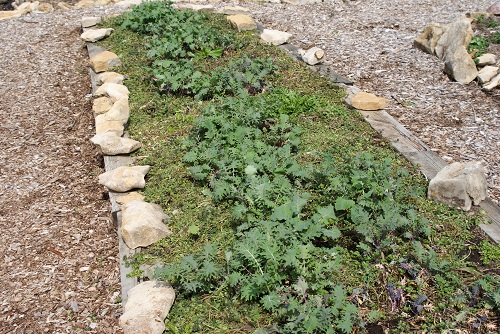 The vultures have returned.

No, this is not a joke. The turkey buzzards have returned from their winter vacations in the south.

Before you go ewwww! and make some joke about certain members of our governing body, I love vultures. I love watching them soar and swoop and rise on thermals. I love walking down the road and having a shadow glide down the road in front of me. I love when they swoop so low overhead that I can hear their wings cutting the air.

I thought I saw the first one on Saturday, but it was so high and far away that I wasn't sure. On Sunday I saw one clearly enough for a positive ID. On Monday I saw two soaring together. This evening as we sat on the porch eating dinner, eight of them swooped and soared over our homestead. 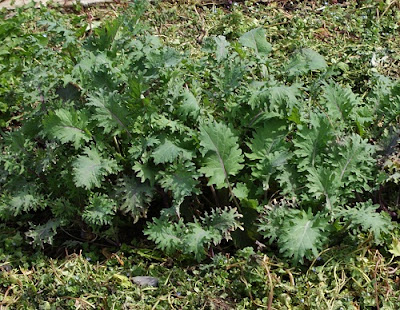 On Sunday was the first harvest of the season: nettles, chickweed, dandelion greens, and wild lettuce, yummy nutritious wild greens.

On Monday I got my first tick bite. Tick checks every night now. I am much more likely to contract a tick-borne disease than one transmitted by other humans right now.

The photos are of kale that made it through the winter beneath a little protection, and now it's going gangbusters. This is Red Russian kale, aka Ragged Jack. It's my favorite variety, as it does well in cold and heat and I love the flavor. In a week or so we'll be harvest kale along with our wild greens. The green all around the kale is mostly henbit. Yes it's a weed. It popped up as winter set in and I let it grow because I didn't have any hay, so it served as a cover crop to keep the soil covered and the beneficial microorganisms therein happy. Late last week I chopped it down, which was quicker than pulling it all. It will pop up again, but I'll deal with that then.

In the meantime, Welcome back, turkey buzzards.