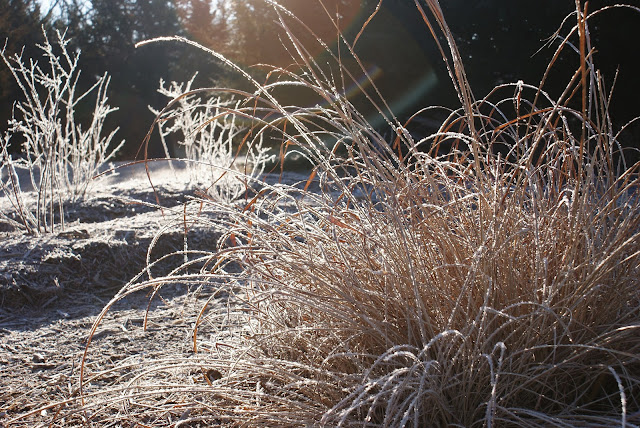 Finally, we are seeing a few days of true winter. No blowing snow, but colder temperatures, albeit not the usual January frostiness. 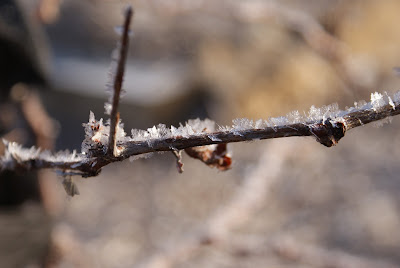 Yesterday morning the low fell to about 10 degrees F. and the world was sparkling and white with frost, not just any old sugar coating of frost, but the kind in which large ice crystals create a prickly covering over things. You can see the prickles on this bit of grape vine, pointy and blade-like.

And here is a bit of a closer look at the icy prickles. 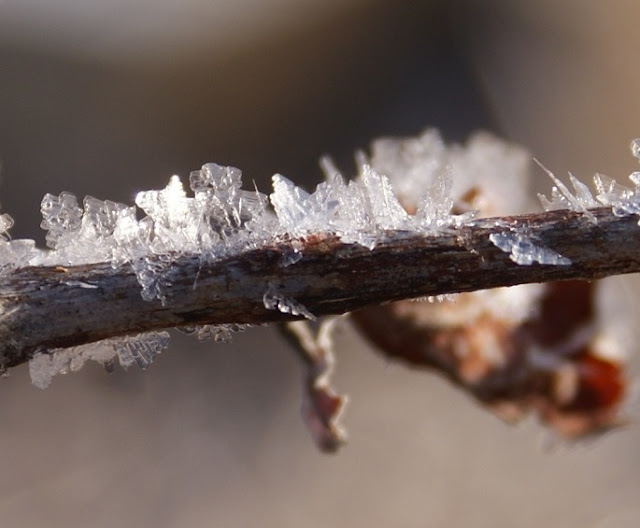 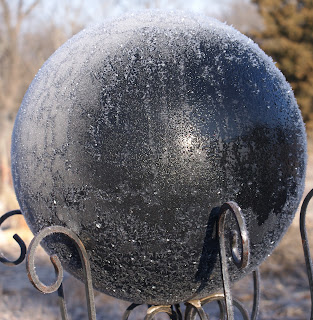 The black gazing ball in the garden was covered with frost. When I first went out with the camera, the sun had cleared the trees only a short time earlier, and you could see a spot on the ball where the sun's rays were just beginning to melt the frost on its surface.

I spent another 5, maybe 10 minutes snapping more frosty shots, such as this closeup of the native big bluestem grass at the top of this post. 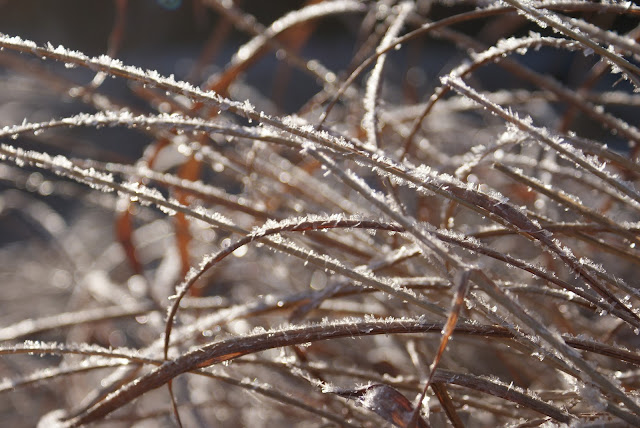 And this one of naked, frost covered blueberry bushes glowing in the morning sun. 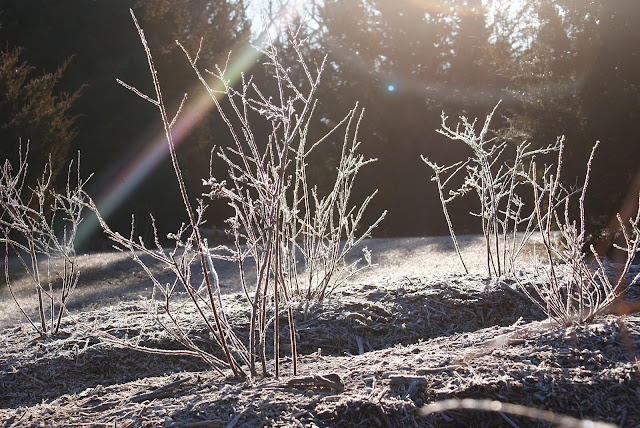 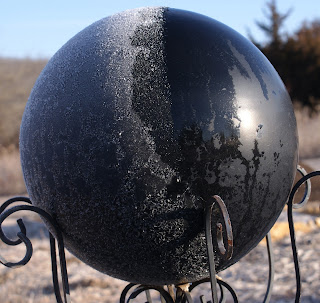 It was actually quite pleasant in the garden, although the temperature was still in the low 20s. A light breeze brushed against my hair and the air was soft. By the time I had completed my photo shoot, the sun had cleared nearly half of the gazing ball of frost, in just a few minutes.

My final morning task in the garden was to remove the blankets from the plastic-covered low tunnels housing my winter lettuce crop, so the sun could heat them up.

Later that afternoon I harvested lettuce -- 3 pounds of it. My original intent was to clear cut the bed and let the lettuce that will regrow do its thing. However, I filled one large basket with lettuce before I had cut a quarter of the rows. Instead of cutting more, I watered the December-planted radish seedlings growing among the lettuce and called it good. It looks like I will harvest fresh lettuce in February this year.
Posted by Sandra M. Siebert at 8:28 AM