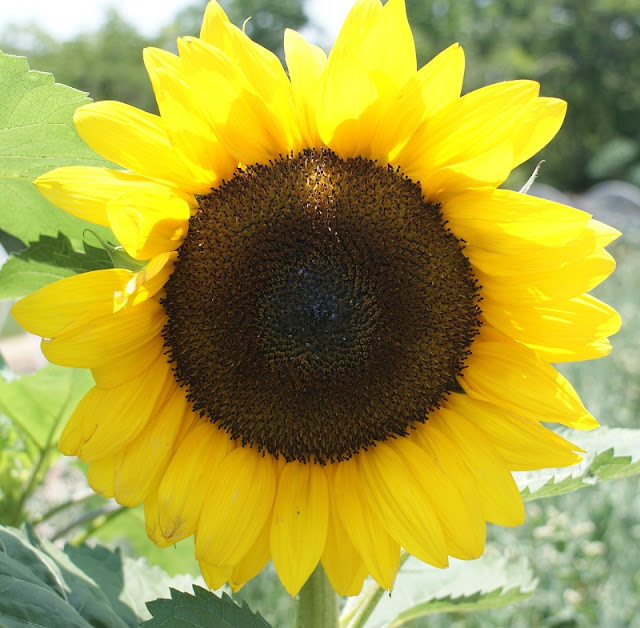 Day 2: Sunny today. And Hot.
The capitalization of Hot is on purpose.
Just after 1:30 p.m. and it is 98 degrees outside... after cooling a few degrees.
It's Hot and the forecast promises even more.
I got out of bed at just after 6 this morning, ate a quick breakfast and headed outside. It was quite pleasant, until the sun topped the trees.
But it's a dry heat. (Heh!)
I spent the morning watering, trying to prepare things for the 100-degree day.
﻿﻿
Blueberries, strawberries, cucumbers, carrots... all received a good drink.
I found three little cucumbers on the Salt and Pepper Pickle vines. We still have many jars of pickles on the shelf, but these pale little cukes are tasty fresh, too. I went out after lunch and saw that the cucumbers were wilting, in spite of their morning drench. 'Cause it's Hot.

Yet, more zinnias are blooming. Today I discovered beautiful lavender gladiolus in the cutting garden.
Last week I took the row cover off of my two winter squashes because, well squash bugs got in anyway. Could have been that hole in one of the row covers, I don't know. I scattered diatomaceous earth at the bases of the plants -- which were trying to break out of the row cover containers anyway -- to give the squash bugs a hard time. The plants still look magnificant and are sending vines everywhere. Huge, they are.

I hope I can get out later and put out more diatomaceous earth and spray some neem oil (in the evening so I don't accidentally douse any bees). If I want to keep these squashes under cover all season and hand pollinate, I will need to make my row cover tunnel much, much bigger next time.

Tomorrow, I will rise early again and head out to water more stuff. That will be the theme of the day for a while.
'Cause it's Hot.
Posted by Sandra M. Siebert at 2:13 PM